Dear member of the Committee on Civil Liberties, Justice and Home Affairs,

Slovakia is about to sign a Treaty on the Exercise of Objection of Conscience with the Holy See. The draft of this treaty has been presented by the Ministry of Justice and will be submitted for approval to the Slovak Government and then ratification at the Slovak National Council. If approved, the treaty will gain the status of an “international human rights treaty” and will take precedence over current Slovak law. The Treaty, the first in the history of concordats concluded between the Holy See and another country, has the purpose of protecting the “free and unlimited” exercise of the “conscientious objection” based on Catholic teachings of faith in any area regulated by law.

By adopting the Draft Treaty, Slovakia is seriously jeopardizing its membership in the EU. The Treaty on European Union declares “the principles of liberty, democracy, respect for human rights and fundamental freedoms, and the rule of law” as founding principles of the Union. The Union also requires member states to respect fundamental human rights guaranteed by the European Convention on the Protection of Human Rights and Freedoms of 1950. Ratification of the Draft Treaty would clearly contradict these already entrenched obligations.

Ratification of the Treaty would lead to grave violations of individual human rights guaranteed by the Slovak Constitution and by international law by creating higher right status for Catholics as for other citicens. As well, it would compromise the secular character of the state, undermine the rule of law and weaken state sovereignty. Finally, signing this treaty would set at risk the secular condition of other countries and would have a negative impact on the interpretation of international human rights.

Protection for religious freedoms and accommodation of religious views have an important place in a liberal democratic state. However, these freedoms should be accommodated in a manner which does not threaten the fundamental values and principles of that state. We urge you to take any action possible to protect civil rights and constituency in Slovakia as a member state of the EU.

In the attachment to this letter, please find enclosed an examination of legal implications of the adoption of the Treaty for Slovakia and the international community as well as the translation of the draft. 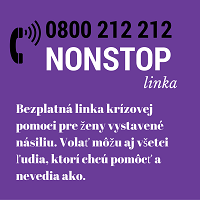